Chart of the Week: Bounce Back 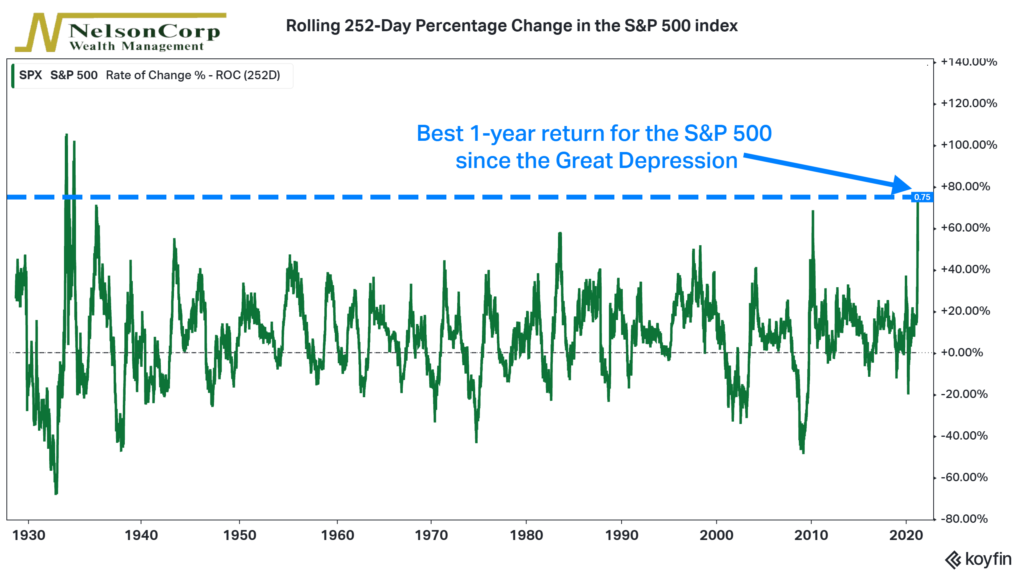 As our featured chart above shows, that is the best rolling 1-year return for the index since its inception in 1957; and if when back-calculate the index to 1930, it’s the best return since the rebound after the crash during the Great Depression.

I would note, however, that even though this was a truly historic run, it is a bit misleading.  This is because it specifically measures the return one year later from the very lowest point stocks reached during the sell-off, and it lacks context.  If, for example, we were to calculate the performance over the past 13 months instead, the S&P 500 has gained a more modest 17%.