How High Can You Fly 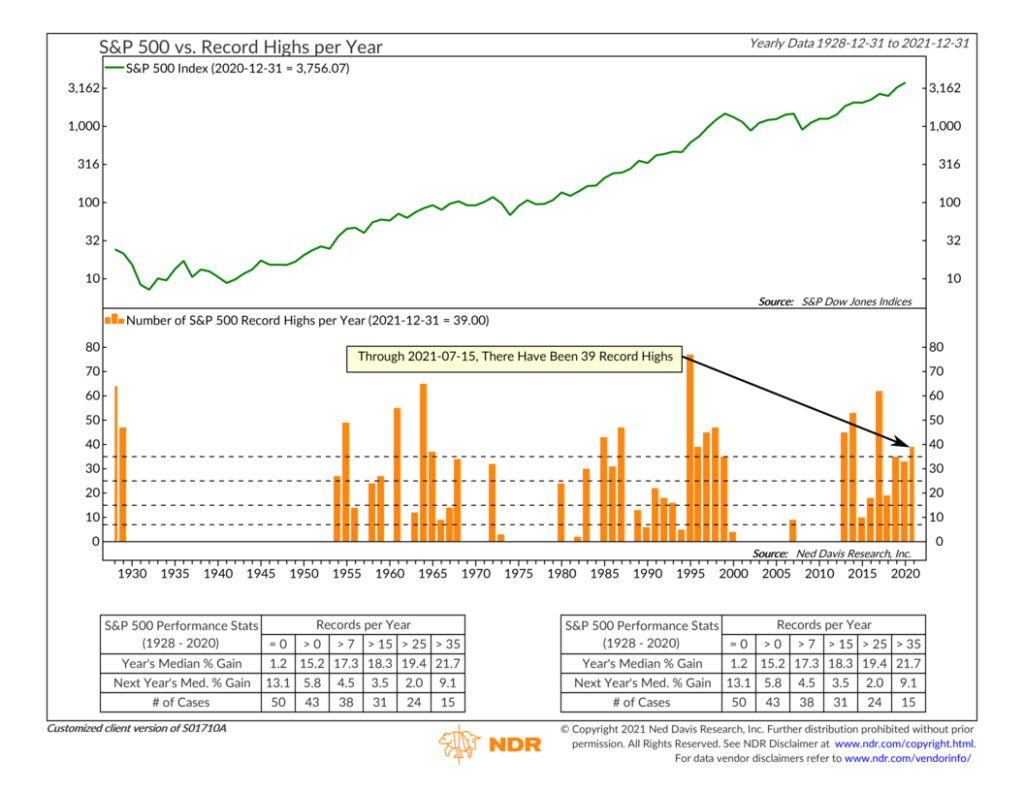 The most obvious thing that stands out when looking at the graph is that the years with a lot of record highs tend to cluster. This makes sense. The stock market is cyclical, going through bull and bear market cycles. So, during a bull market, we inevitably see a series of years where many record highs are reached successively. But then we also see many years where no record highs are reached at all. These are the gaps on the graph, and they tend to occur during bear markets.

Perhaps the most interesting thing about this chart, though, is revealed by the performance box at the bottom of the chart. When the stock market has more than 35 record highs in a year (something we’ve already surpassed this year), gains for that year tend to be the highest, on average. That makes sense. But interestingly, the following year’s gains tend to be the second-highest, on average, after the market notched more than 35 record highs in a year. (Only the year after a year with zero record highs had a better median percentage gain, probably because the returns coming out of a bear market tend to be some of the highest.)

The takeaway, then, is that this year’s returns are poised to likely be very strong, given we’ve already had 39 record highs through the first half of this year. And if history is any guide, next year’s return will likely be pretty decent, too.