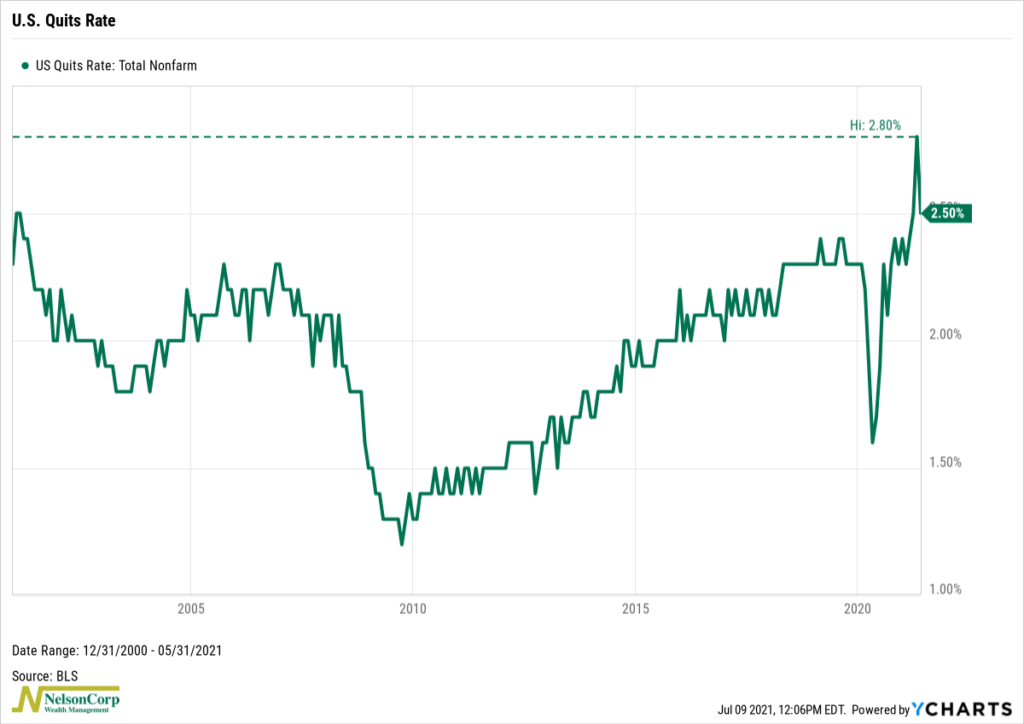 Americans are quitting their jobs at a record-setting pace. The U.S. Quits Rate—which measures the number of U.S. workers who leave their job during the month as a percentage of total employment—rose 2.8% in April and 2.5% in May. That’s the highest since the BLS started collecting the data 20 years ago and well above the long-term average of 1.95%.

It might seem counterintuitive at first, but that is generally a good thing for the U.S. economy. When workers quit their jobs without having another one lined up already, it’s an indication that they believe the economy is strong enough that they will find a new, better job in no time.

Workers don’t quit their jobs when times are tough, like a recession. In the depths of the Great Recession in 2009, the quits rate reached a low of just 1.2%. When the recession started last year, the quits rate dropped to 1.6%.

The recent jump in the quits rate is, therefore, a sign that workers are now more confident in their ability to find other work. Whether workers are quitting because they are seeking more flexible hours, increased pay, or the ability to work remotely, it’s a huge improvement from where we were just a year ago.