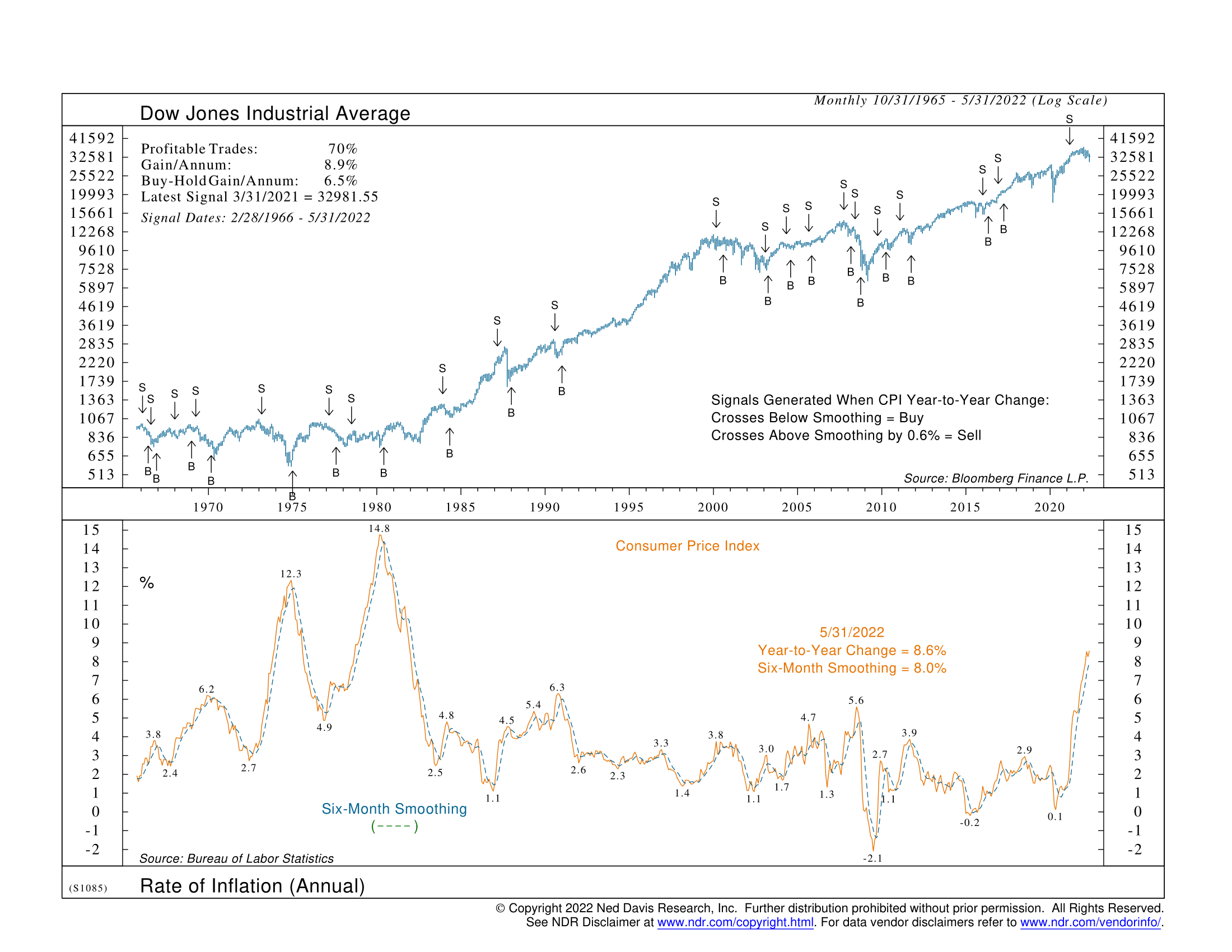 Inflation—a general rise in the price of goods and services in an economy—can be problematic for the stock market for various reasons. Not only do input prices go up, which can crimp corporate profits, but consumers lose purchasing power if wages don’t also rise, leading to slower spending in the economy. And then there’s monetary policy. Higher rates meant to cut down inflation also tend to hurt stock valuations, meaning stock prices go down.

Our featured indicator above attempts to quantify the relationship between inflation and stock prices. On the top clip of the chart, we have the monthly performance of the Dow Jones Industrial Average. Also known as just “the Dow,” this is what most people likely think of when they hear the words “the stock market.” In the bottom clip, we have two lines. The first, the orange line, shows the year-to-year change in the Consumer Price Index (CPI). The CPI is a commonly watched measure of the changes in prices that an average American consumer experiences. The second line, the blue dashed one, shows the 6-month average of the orange line.

Historically, going back to 1965, the Dow has returned about 6.5% per year, on average. If you had followed the buy and sell signals generated from this indicator, however, you would have averaged a return of nearly 9% per year. Of the roughly 40 signals during this period, 70% of them produced a profitable outcome. Not bad.

This indicator is one of the six indicators used in the inflation component of our primary stock market risk model. It adds some diversity to the mix by measuring the annual inflation rate against its recent (6-month) history, which gives us a sense of how much inflation is accelerating or decelerating.

As evidenced by this year, measuring inflation is important when managing money. The latest sell signal from this indicator came in the first quarter of 2021 when it looked like inflation was finally starting to really accelerate to the upside. The Dow was at a level of 32,982 when that sell signal was generated, and, as of this writing, the Dow is trading below 30,000. A good call.