On the international front, emerging market stocks once again outperformed the developed world, gaining about half a percent for the week.

The turmoil overseas also led to big gains in oil and gold, both of which rose more than two percent for the week.

The U.S. dollar, however, edged lower by about a tenth of a percent.

When money is readily available, we call it liquid. And the stock market needs liquidity to function correctly.

So, from where does this liquidity come?

In a nutshell, the Federal Reserve bank influences the amount of money in our economy by setting the level of reserves that banks are required to keep on deposit with them.

When banks have reserves over and above this required amount, they can use them to make investments and loans.

These excess reserves are a sign of easy monetary policy, which is generally bullish for the stock market.

In response to the financial crisis in ’08, the Federal Reserve embarked on multiple rounds of a large-scale asset purchase program known as quantitative easing (QE), which had the effect of pushing more reserves into the banking system and lowering long-term interest rates.

A few years ago, however, the Federal Reserve started reversing this process by shrinking its balance sheet. The process, former Fed chair Janet Yellen described at the time, would be like “watching paint dry.”

Fast-forward to September of last year, however, and we saw stress in the repo market, suggesting that perhaps this balance sheet normalization process got out of hand.

Since then, the level of excess reserves at banks has indeed increased significantly. 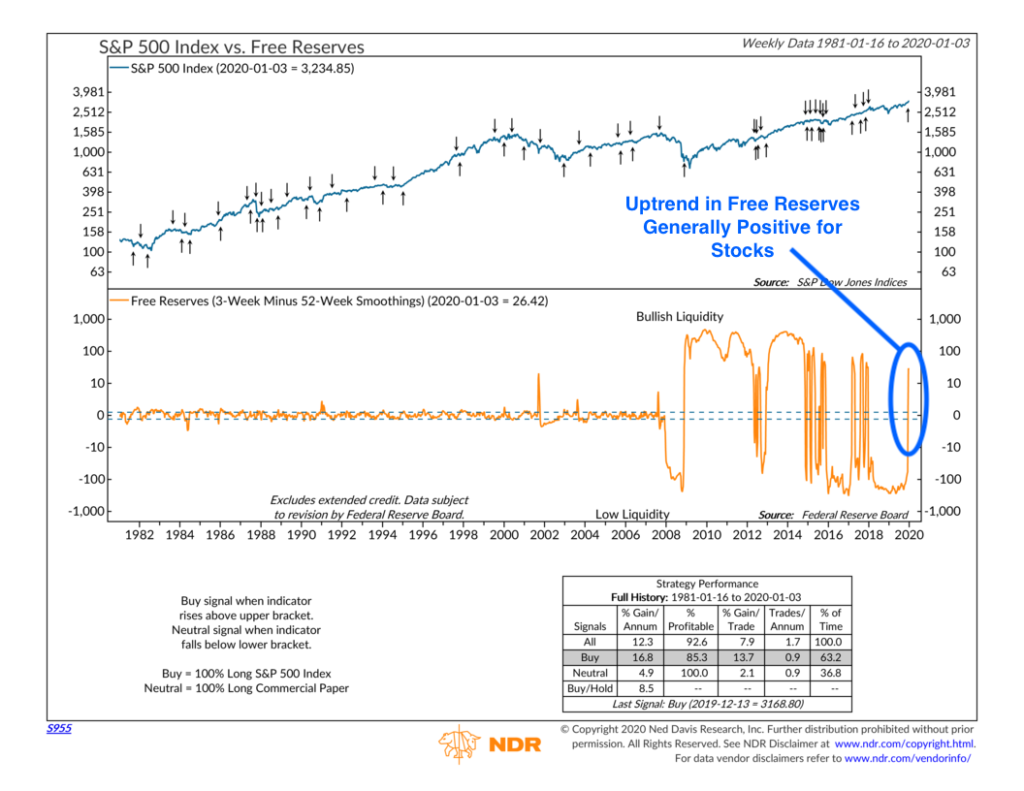 Just a few weeks ago, the 3-week average level of free reserves rose drastically relative to its 52-week average. In the past, this has usually been a sign that the Fed is stepping on the accelerator.

Watching the Dollar – There are other consequences of the Fed stepping on the accelerator that we have seen play out in the past.

Typically, when U.S. dollar liquidity has increased, we have seen a better appetite for risk (good news for stocks) and a weaker U.S. dollar.

As the chart shows, over the past few months, many of the major world currencies have been rising relative to the dollar. 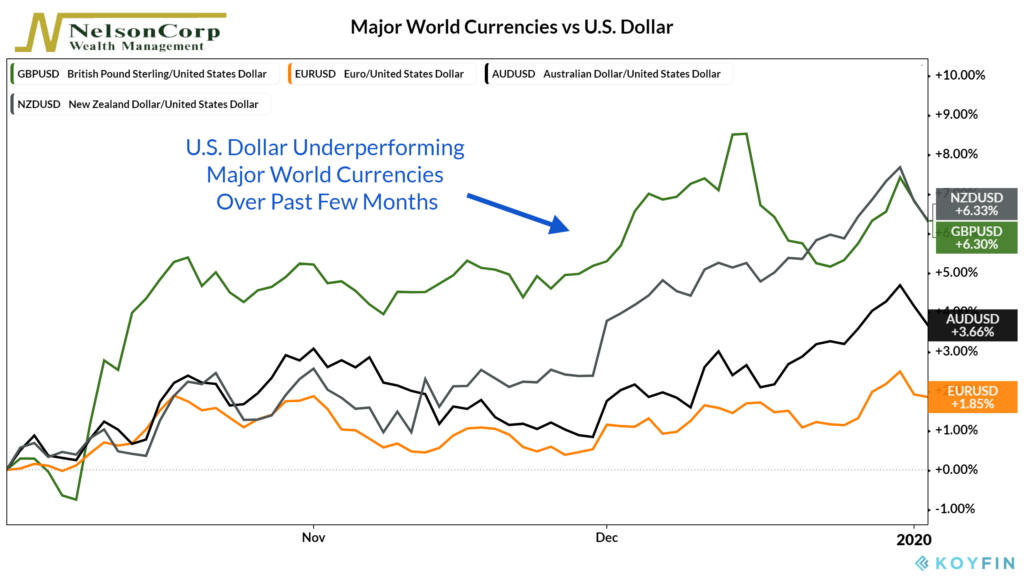 If this trend persists, then it may also set up bullish conditions for commodities.

Oil and gold have both been rising lately; further dollar weakness could confirm these emerging trends. 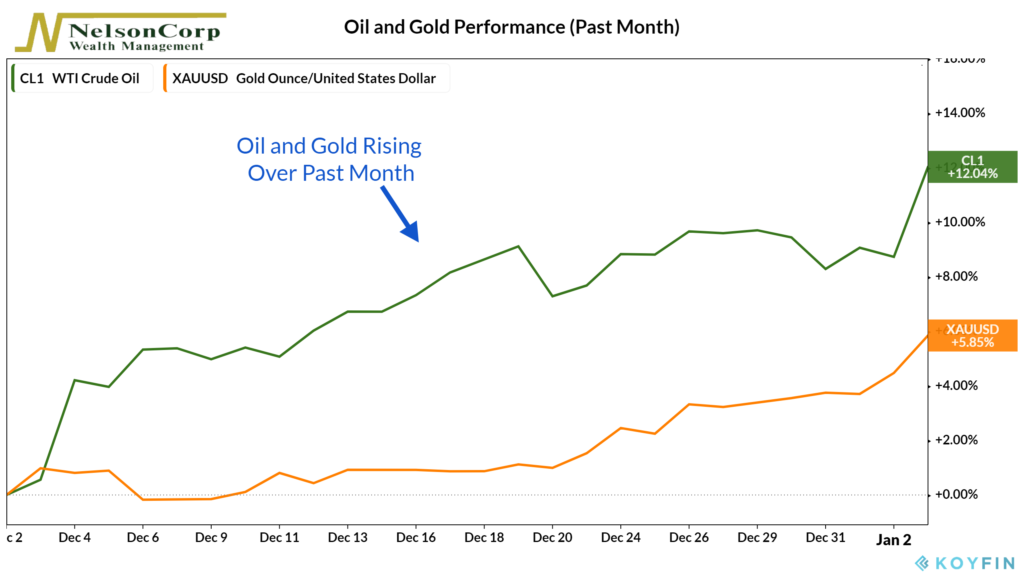 If this reading reverses, it could indicate at least some short-term bumpiness as stock prices adjust to the underlying fundamentals.