Sand in the Gears

Despite Friday’s losses, the major U.S. stock indices ended the week higher. The Dow and the S&P 500 gained about 1.9 percent and 1.5 percent, respectively. This was their first weekly gain in five weeks.

The tech-heavy Nasdaq also gained about 1.5 percent for the week, its second consecutive week of gains.

Stocks were up overseas, as well. The MSCI EAFE index rose about 1.5 percent, while the MSCI Emerging Markets index gained roughly 2.4 percent.

U.S. government bond prices fell as the yield on the 10-Year U.S. Treasury note ticked higher, closing around 0.7 percent on Friday. High-yield and investment-grade bonds, however, saw moderate gains for the week.

Real estate, however, had a good week, rising about five percent.

The U.S. dollar dropped around 0.7 percent against the world’s major currencies.

Sand in the Gears – The economic recovery in the United States has hit a bit of turbulence lately. While personal consumption rose one percent in August, it was the smallest of the past four consecutive gains. And personal income, which is down in three of the past four months, fell 2.7 percent.

The labor market paints a similar picture. Employers in the U.S. added 661,000 jobs in September, the lowest increase since the recovery started in May. Of the 22 million jobs lost in March and April, about 11.4 million have been recovered. 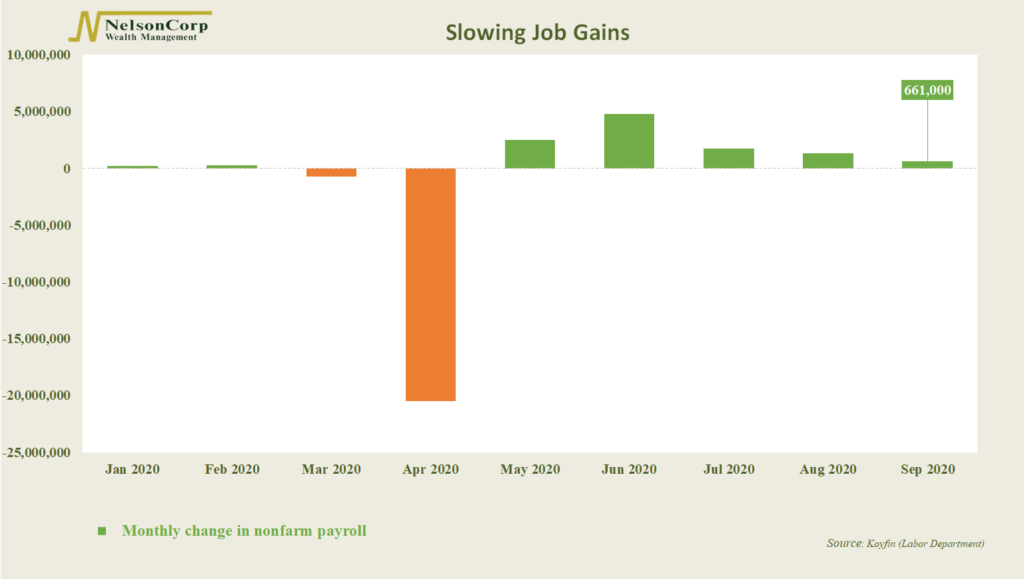 And the most concerning part is that the number of workers seeing their layoffs become permanent is on the rise. This is worrisome because long spells of unemployment are particularly damaging to the economy and a person’s well-being.

So the economy — while recovering — still has a ways to go before it is back on track. We’d say the weight of the evidence is more or less neutral on this front.

This partially explains why stocks have hit a roadblock recently. Globally, the percentage of ACWI stocks above their 50-day average price is around 44 percent. In August, it was as high as 70 percent.

But uncertainty is also to blame. Of course, the future is always uncertain. But with the election just around the corner and the pandemic still very much alive, there is no shortage of potentially bad outcomes that could occur.

This why the VIX Index (also known as the Fear Gauge) remains elevated from not only its historical average but also the most recent low point it hit in August. 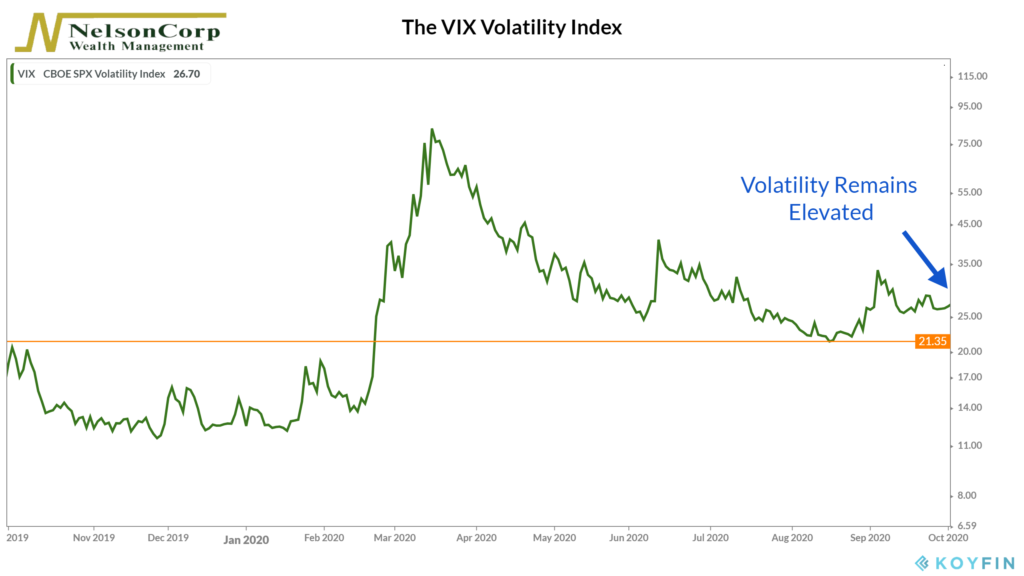