Large-cap and growth stocks led the declines lower, falling about 1.13% and 1.7%, respectively.  Small-cap stocks fared better, falling 0.7%, and value stocks managed to gain about 0.3% for the week.

Bonds were down across the board as the yield on the benchmark 10-year Treasury note rose to its pre-pandemic level of 1.34%.

Real estate suffered too, falling about 0.75%.

Commodities, however, were mixed.  Oil fell after climbing above $60/barrel, gold declined about 2.5%, and corn prices rose nearly 1%.

Small Goes Big – Spending in the United States picked up in a big way recently after a three-month decline during the holiday season.  Retail sales, a measure of spending at stores, jumped a seasonally-adjusted 5.3% in January from a month earlier.

Relative to a year ago, retail sales jumped nearly 6%, the fourth-largest year-over-year increase on record, as shown on the chart below. 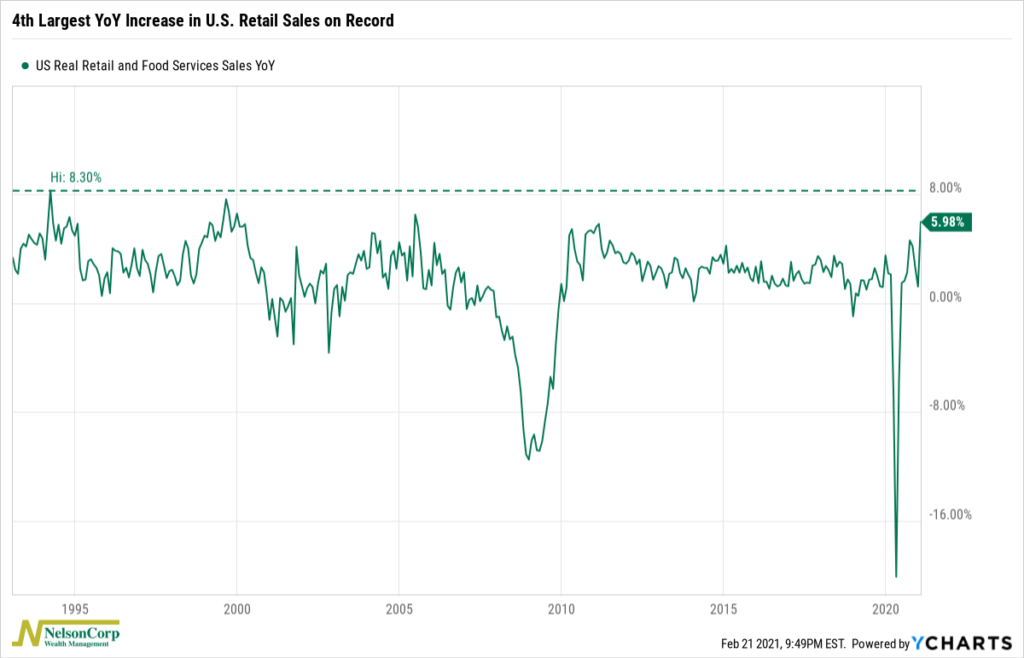 This is a pretty encouraging sign for the economy, as it shows that consumer spending, which accounts for roughly 70% of our GDP, is currently firing on all cylinders.  Indeed, the Federal Reserve Bank of Atlanta is now predicting that GDP will grow at a 9.5% rate in the first quarter, a big jump from their previous estimate of 4.5% just a week ago.

The stock market has not been blind to this good news.  In fact, the stock market is a forward-looking machine, so much of this positive news on the economy and, by extension, corporate profits has been priced into the S&P 500 index over the past handful of months; the index is up around 75% from its pandemic-era low last March.

But the S&P 500 represents the largest companies in the United States, many of which thrived during the stay-at-home orders implemented at the start of the pandemic.  Interestingly, we’ve actually begun to see the smaller companies outside of the large-cap space do particularly well lately.

The chart below shows the performance of the S&P 600 index versus the S&P 500 index over the past year.  The S&P 600 represents the small-cap stocks in the U.S., meaning market caps of roughly $700 million to $3.2 billion. 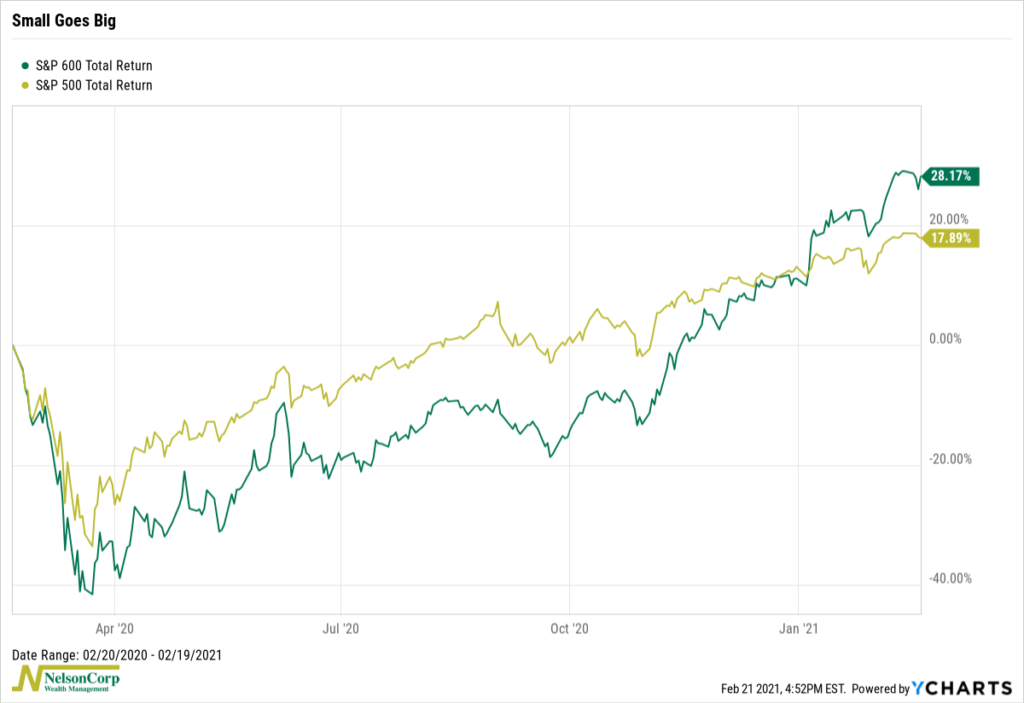 As we can see, small-caps surged ahead of large-caps earlier this year, and they haven’t really shown any signs of slowing down.  We can take this as a sign of increased risk appetite among U.S. investors, as well as a sign that economic growth is indeed looking brighter.  It also provides us with opportunities to take advantage of new return sources, as long as the price trend remains favorable.