Growth and mid-cap stocks led the market higher with gains of over 5 percent each.

The VIX index dropped below 30 for the first time since late February, a sign of easing volatility.

The bond market was mostly mixed, with longer-dated Treasuries and investment-grade bonds declining.

The Bloomberg Commodity Index was higher by week’s end due to a strong surge in oil prices.

Gold also did well, rising a little over one percent.

The U.S. dollar was up slightly on the week after falling over the past month.

The U.S. vs the Rest – The United States’ stock market has been a real winner globally since the last financial crisis ended. As the graph below illustrates, over the past 11 years or so, the U.S. stock market’s portion of the MSCI World Index has returned nearly 200 percent compared to the rest of the world’s gain of just 80 percent. 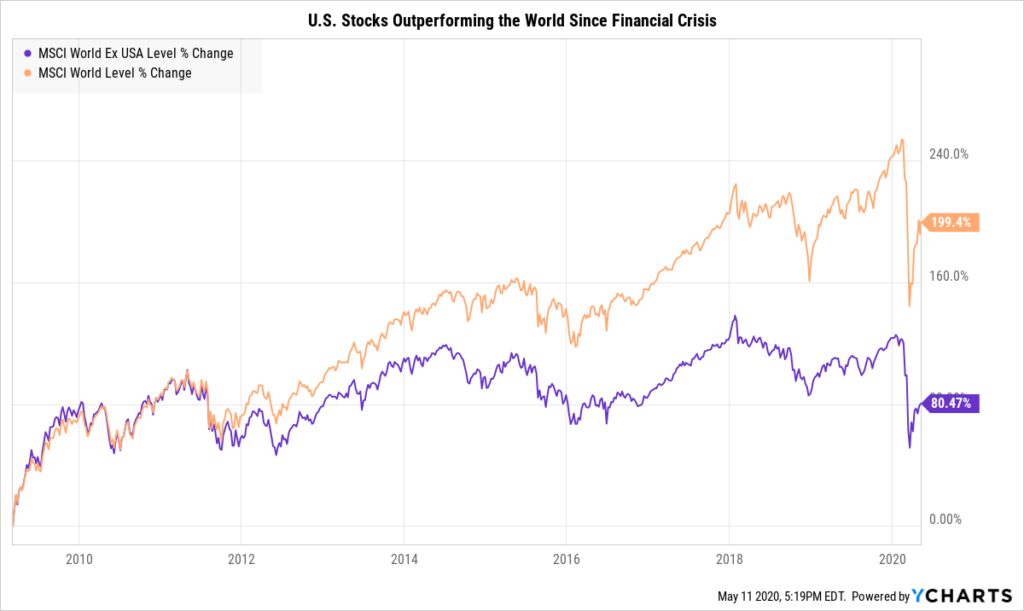 And if we add the S&P 500 Index, which measures the 500 largest publicly-traded companies in the United States, the outperformance is even more dramatic. 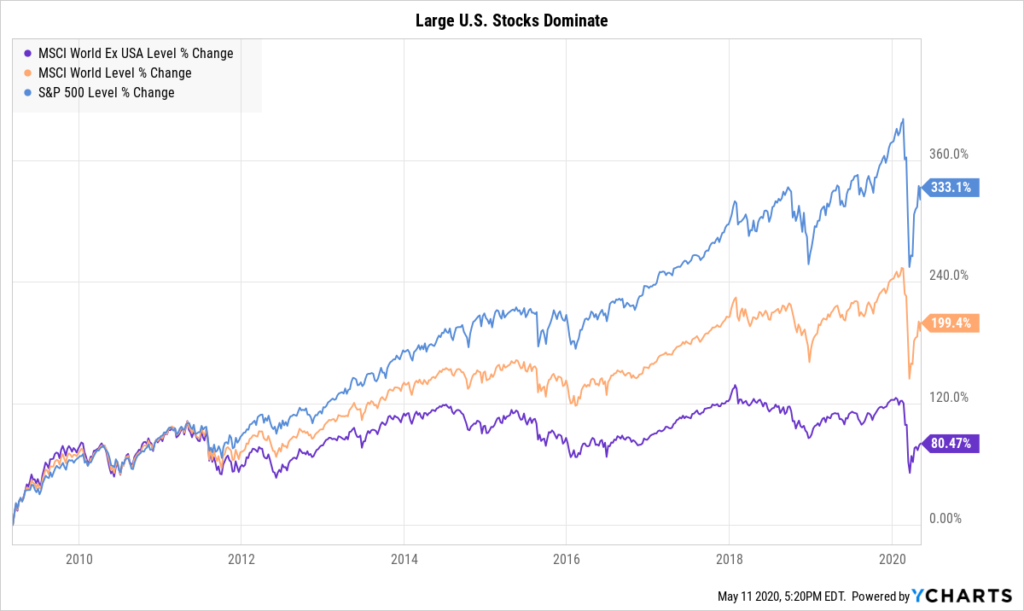 Despite the recent waterfall sell-off in global stocks, the U.S. stock market remains the star performer. From a price-momentum standpoint, the S&P 500 Index has returned about two percent over the past year, while developed countries and emerging market stocks have both declined more than 11 percent.

From an economic perspective, it’s pretty hard to get excited about any data right now. But looking at the monthly release of the OECD’s Composite Leading Indicators, we saw a smaller drop in the United States relative to the Euro area and the OECD countries as a whole. That, at least, is some positive news.

Mega-Cap Tech Takes Over – Throughout this most recent crisis, global stocks (minus the U.S. stock market) have been tracking the equal-weighted S&P 500 Index fairly closely. As the graph below shows, their returns have moved in lock-step all year. 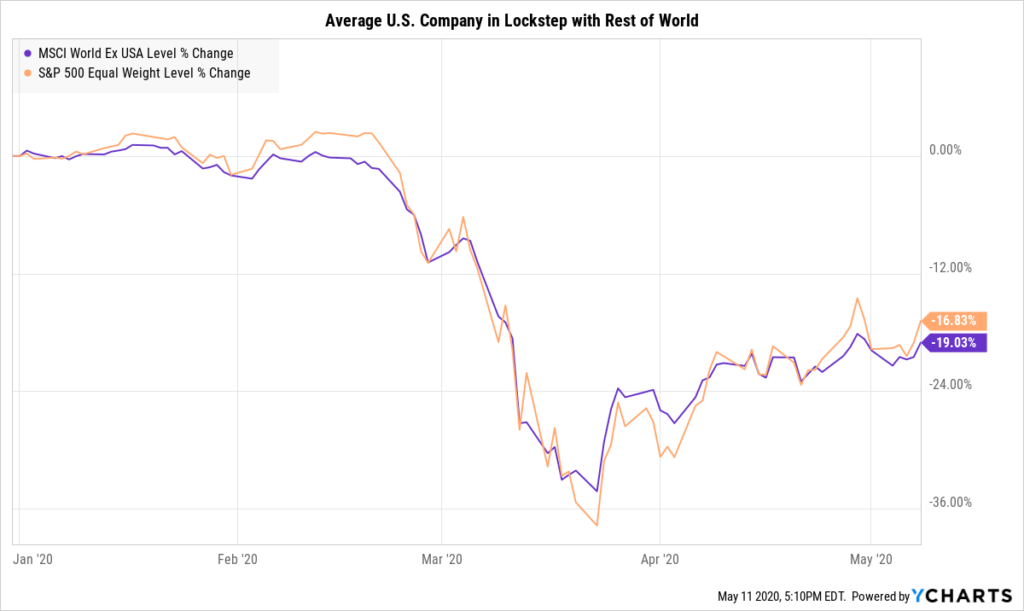 However, if we once again add the S&P 500 Index (which is market-cap weighted), we see a sharp divergence in performance. 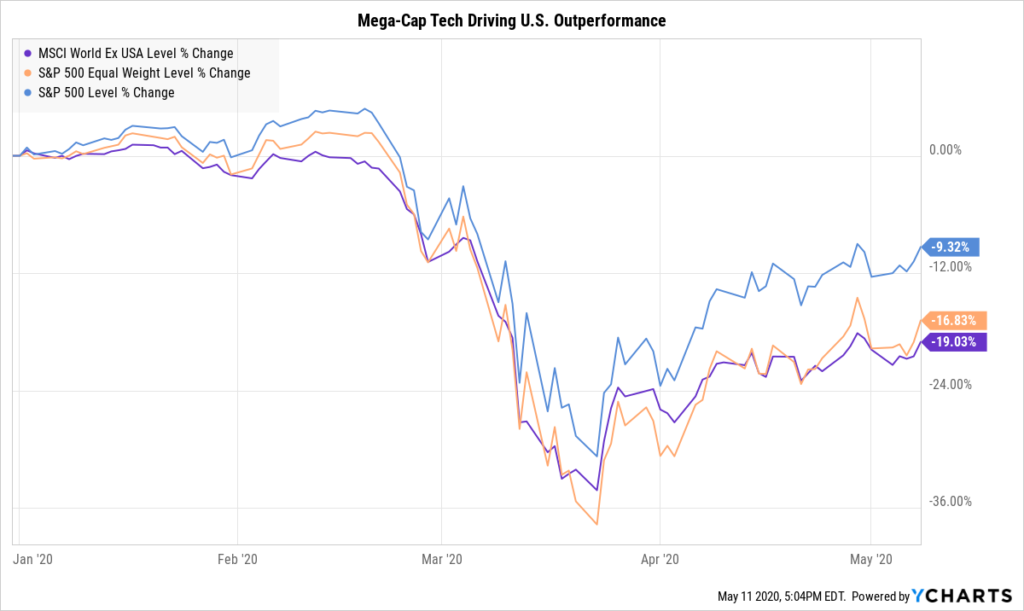 A central theme of this crisis has been the increasingly strong performance of the large, technology-based companies at the expense of the rest of the market.

What is becoming more clear is that the mega-cap tech stocks in the U.S. are not just dominating the U.S. stock market; they are taking over the rest of the world, too.