The S&P 500 Index rose for the sixth consecutive week after notching a weekly gain of 0.89 percent. That marks the index’s longest winning streak since the fourth quarter of 2017, where it rose for eight weeks in a row.

The drop in interest rates helped boost the returns of most bonds, except high yield bonds, which nudged lower by a little more than a tenth of a percent. Long-term Treasury bonds and investment-grade corporate bonds continue to do well this year.

The Bloomberg Commodity Index dropped about a percent last week despite the U.S. dollar edging lower.

Industrial Production Drops Again – Industrial production is a measure of how much physical stuff the economy produces. Although its share of economic output has declined relative to the service sector over the years, it is still a significant and vital part of the overall economy.

Unfortunately, it hasn’t been all that strong lately.

After edging lower into negative territory on a year-over-year basis in September, we found out last week that industrial production continued declining in October. Much of this, however, was due to the GM strike, which resulted in vehicle output shrinking 7.1 percent for the month.

Capacity utilization, which is a measure of how much factories are producing compared to how much they could produce if pushed to capacity, also fell last month. This slowdown is troubling because it essentially means companies are letting more machines and assets sit idle compared to previous periods. 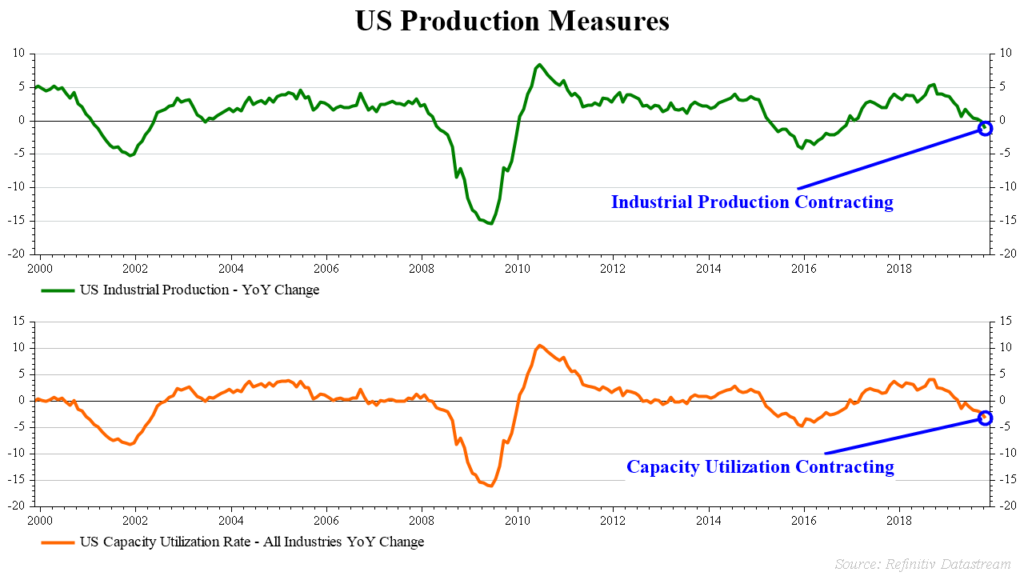 It’s important to remember, however, that industrial production and capacity utilization are typically considered coincident indicators, meaning they represent what the current state of the economy is but not necessarily where it is going.

So where to look next?

The bond market tends to be a leading indicator of the economy since bond yields are largely driven by expectations for future economic growth, inflation, and interest rates. Because of this, bond investors as a whole are typically called the “smart money.”

Right now, bond yields in America are low compared to historical levels, which is typically a sign of economic pessimism. However, compared to the rest of the developed world, where many rates are negative, the less than 1.8 percent yield on our intermediate-term government bond seems pretty high. 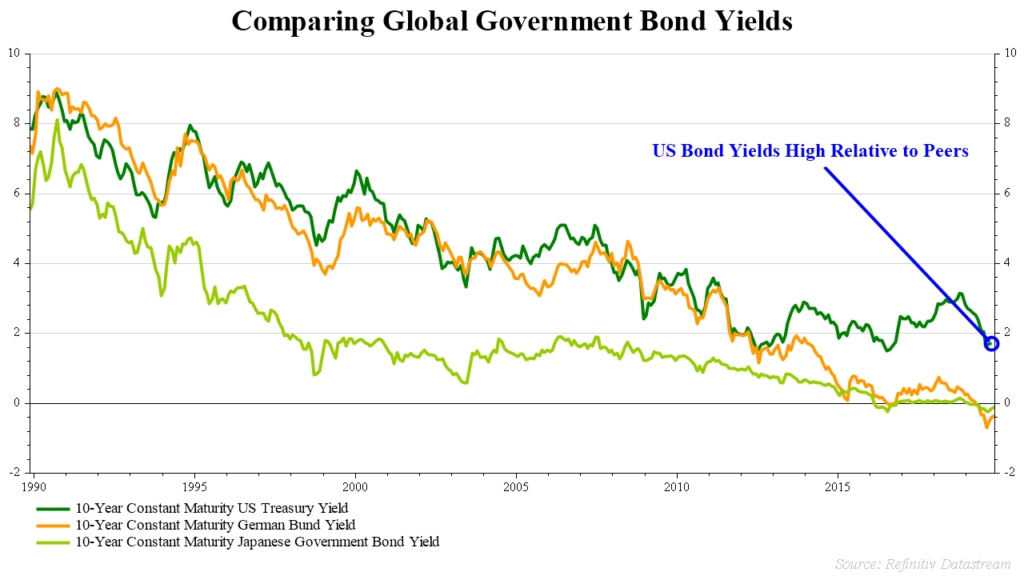 More importantly, however, is the fact that we don’t have a large spread between lower- and higher-quality bonds. The 20-year average difference between the Barclays High Yield Corporate Bond Yield and the 10-Year Treasury Note Yield is about 5.2 percent. Currently, the difference is only about 3.8 percent, and it remained below four percent throughout October.

One day, credit spreads might widen drastically, threatening to yank the proverbial punchbowl away from this party. Fortunately, however, that day is not today.