Your Friend the Fed

In a reversal of what we’re used to seeing this year, Big Tech got overshadowed by the smaller, more economically sensitive stocks.

Internationally, developed country stocks performed similar to the Dow, rising over 4%. However, emerging market stocks did less well, climbing about 0.8%.

The 10-year Treasury yield ticked higher, up to about 0.895% from 0.815% the week prior. Treasury bond prices fell, as did investment-grade corporate bonds. However, high-yield corporate bonds, which act more like equities, rose around 0.25%.

Commodities had a mixed week, with crude oil climbing back above $40/bbl, but gold suffering a weekly decline of more than 3%.

Helping commodities was the roughly 0.5% decline in the U.S. dollar for the week.

Your Friend the Fed – When the pandemic first hit the U.S. earlier this year, the Federal Reserve (the Fed) acted fast to backstop the system by lowering interest rates and flooding the system with liquidity. The result was a tremendous increase in the supply of money in the economy.

The rate at which the M2 measure of the money supply grew on a year-over-year basis skyrocketed to over 20%. In the months since that first reaction, the rate has stayed just as high. 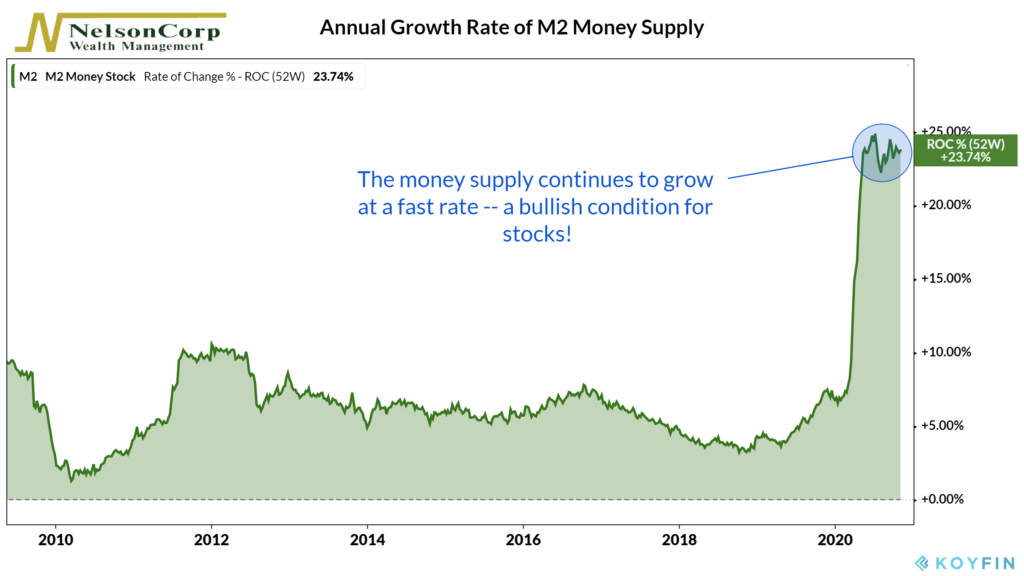 It has been said that money moves markets. As long as the growth rate of the money supply remains high, investors can feel confident about having a bullish outlook for the stock market.

But the Fed’s influence doesn’t just stop there. It affects other areas of the market, too.

Take the yields on investment-grade corporate bonds, for example. By producing excess liquidity and support in the system, the Fed has helped push down the rate at which companies can borrow via bond issuance.

This is also bullish for the stock market. Analysis of the past shows that when corporate bond yields are lower than they were the prior six months (as they are now), the stock market has risen by a significant rate — well above average, in fact. 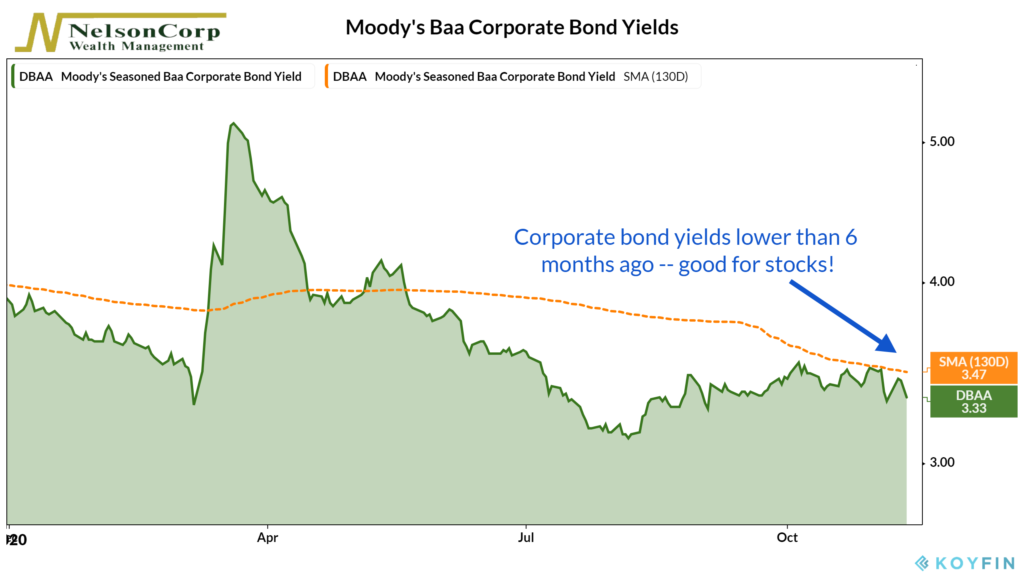 Of course, the Fed doesn’t actually care about the stock market. Or at least that’s not its mandate. Officially, the Fed’s task is to maximize employment and keep prices stable.

But given the dire situation of the economy this year, employment is far from maximized, and the drop in aggregate demand means deflation (a decrease in the overall level of prices in the economy) is a real risk. 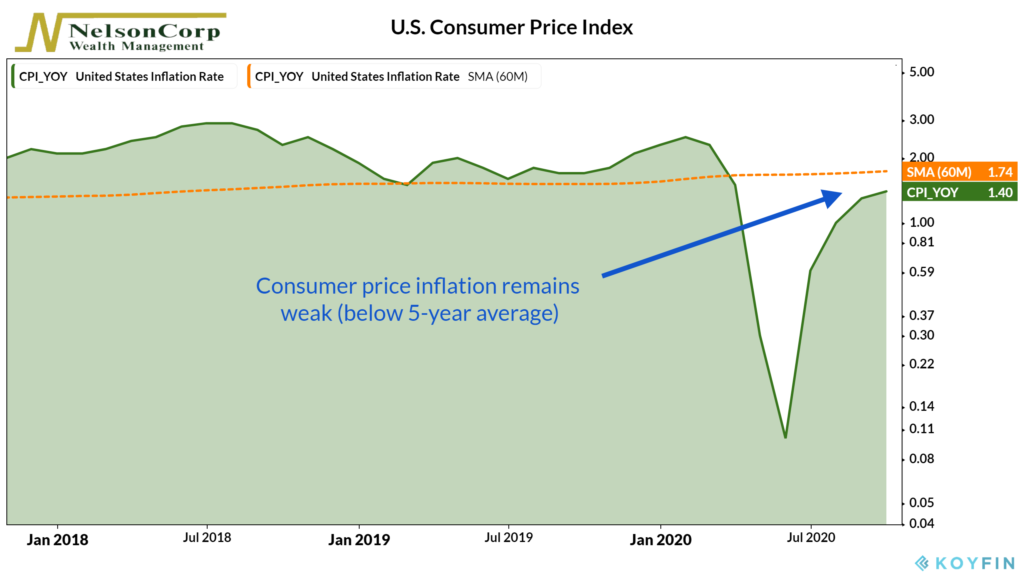 So the Fed, to reach its dual mandate, must keep rates low and pump money into the system, hoping that it can avoid a depression-like breakdown in the economy.

Fortunately, the added benefit for investors is that these things are also historically bullish for the stock market.