Real estate added another 2.5% to its monster yearly gains, which were north of 40%.

Santa Claus Rally – The Santa Claus rally is a fun little piece of Wall Street lore that says the stock market tends to experience a rally in the final week of December and the first two trading sessions of the new year.

Last Monday, the first official day of the so-called Santa Claus rally, the S&P 500 stock index came out with a bang and rose nearly 1.4%.

In fact, in the eight occasions since 1929 that the index has gained at least 1% to start the Santa Claus rally, stocks have gone on to produce a gain 100% of the time over the seven trading days of the event—with an average gain of 3.3%.

Now, the Santa Claus rally is not what we would call a “statistically robust” trading strategy or anything.  But it does coincide with end-of-year tax-loss harvesting.  And because of this, investors tend to snap up losing stocks depressed by tax-related selling in hopes that they’ll rebound in the seasonally strong January rally, so there might be something to it.

Nevertheless, putting these seasonal trends aside for a second, we do see some positive signs from a few of our sentiment-based indicators that suggest a stock market rally is justified.

For example, for the most part, investors have been pretty cautious towards the stock market recently—or at least that’s what they’re saying in surveys and polls.

The latest American Association of Individual Investors (AAII) sentiment survey showed that the percentage of bullish investors remained below 45% for a fifth straight week, despite the S&P 500 trading near all-time highs.

However, based on our preferred measure of the AAII poll, the percentage of bullish investors fell to a yearly low a couple of months ago and has since started to rise.  Historically, this has marked an opportune time to buy stocks.

More so, this idea that investors were quite pessimistic about stocks until recently jibes well with recent events in the VIX index.

Shown on the chart below, you can see how the VIX spiked to over 30 just a couple of weeks ago—but has since fallen to below its 6-month average.  Like the previously mentioned sentiment indicator, we find that this is a historically good time to be invested in the stock market. 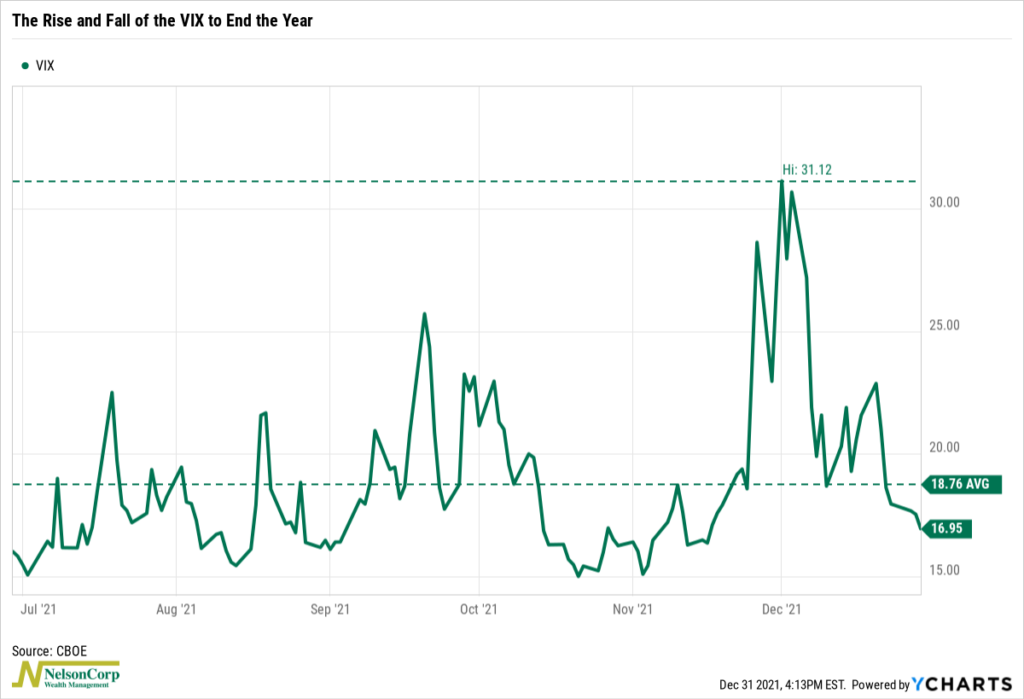 So, our indicators are mostly suggesting that the market got oversold in the early parts of December.  And now, a rebound in sentiment has set the stage for the Santa Claus rally—and perhaps a strong performance in January.

Our models remain constructive heading into the new year, so it seems that this is indeed possible.

However, as far as the Santa Claus rally goes, the S&P 500 stock index did shed some of its initial gains as it closed out the rest of last week.  As of Friday’s close, it was up less than 1% from its Christmas Eve levels.

It now appears that it will come down to the first two trading days of the year to determine if investors really were on the nice list.