In bond markets, the yield on 10-year U.S. Treasury notes ticked up to 0.77 percent from 0.69 percent the week before. Treasury prices fell as a result, but corporate bonds did well.

Commodities had a good week, rising well over three percent, on average. Oil bounced nearly nine percent, and corn prices rose about four percent. Gold was up about one percent.

The U.S. dollar weakened by about 0.9 percent for the week.

For starters, stock returns picked-up on a 252-day (1-year) basis relative to more recent returns. This wiped out the negative momentum signal we received in September, a sign of a more neutral trading environment. 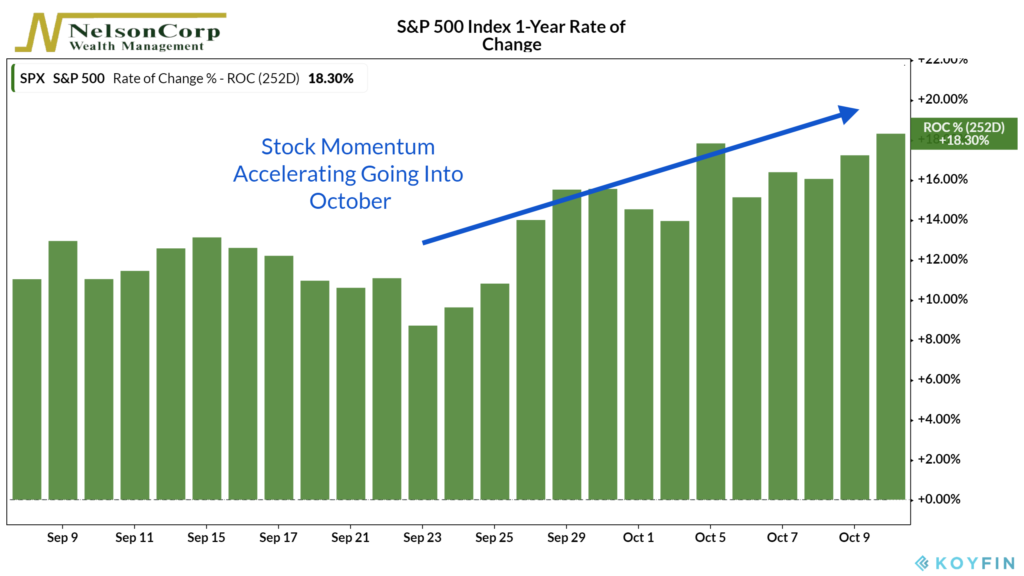 We also saw the percentage of stocks closing above their average 200-day price climb to 73 percent. Historically, the S&P 500 stock index has averaged returns of close to 11 percent per annum when this is the case.

However, the big guns came out with the legion of breadth thrusts that occurred last week.

A breadth thrust is just another way of measuring market momentum. When the proportion of stocks increasing in price relative to the ones declining becomes large enough, and it happens in a short enough time frame, it triggers a breadth thrust. Stocks can go up aggressively after this happens. 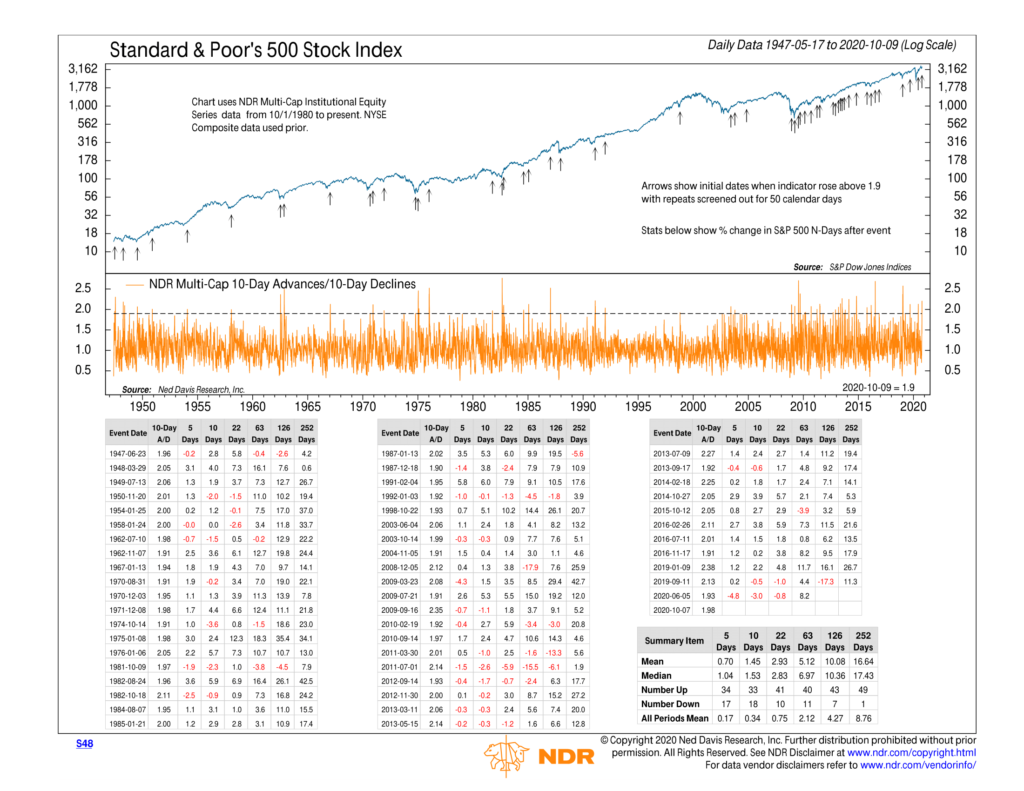 This last happened in June. Three months later, stocks returned about eight percent. On average, stocks gain about seven percent after this signal.

Breadth thrusts are powerful signs that stocks are in a bullish environment until proven otherwise.

However, there are reasons to be cautious at this juncture.

We see evidence from surveys and polling data that sentiment is once again rising to excessively optimistic levels. Stocks can struggle when the mob becomes too one-sided.

Valuations are also looking excessive. We like to look at the S&P 500 stock index’s P/E (price-to-earnings) ratio using the average of the past five years of earnings. We also apply a linear regression line with standard deviation brackets (whew, that was a mouthful!) to determine when prices are too high relative to what companies are earning. 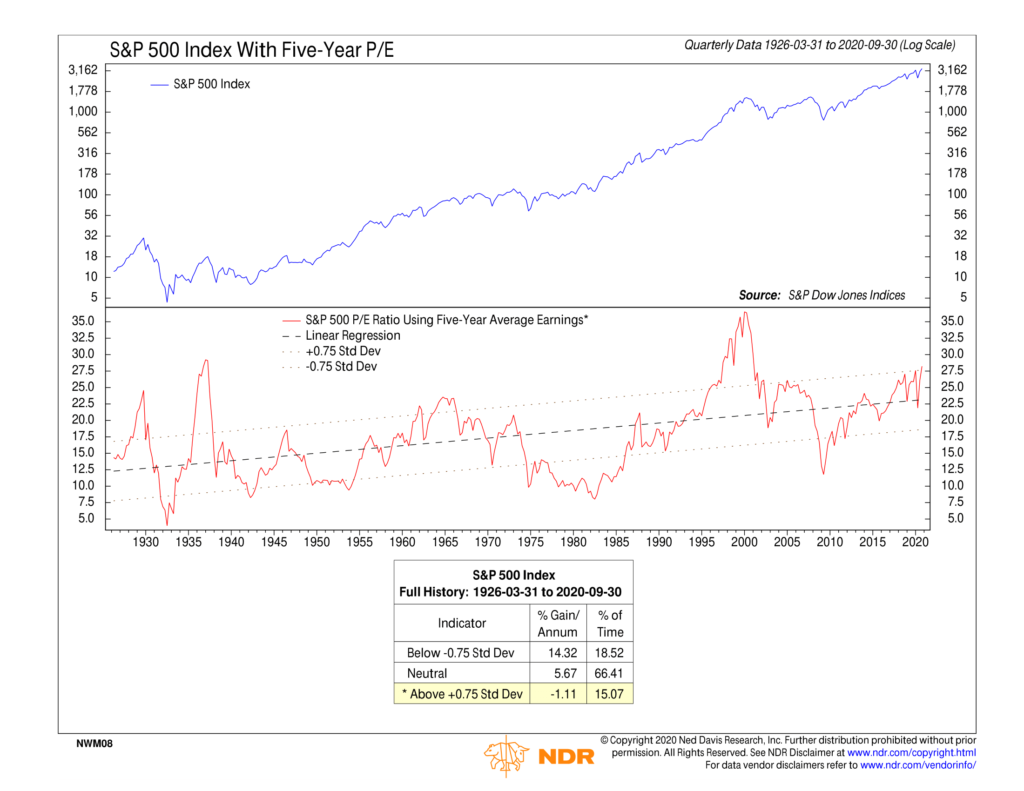 After this most recent quarterly update, the P/E ratio popped above its upper standard deviation bracket, a sign of overvaluation. This should be in the back of investors’ minds going forward, as valuations are important drivers of long-term stock returns.