When Stocks are Stretched too Thin

The declines were fairly broad-based, but they were mostly centered around large-cap and growth stocks, which have been outperforming recently.

Emerging market stocks got hit the hardest, posting a decline of two percent for the week.

Both gold and oil had strong weekly gains, which helped push the Bloomberg Commodity index up 1.24 percent.

The U.S. dollar also did well, rising about half a percent.

When Stocks are Stretched too Thin – One way to gauge the valuation of the stock market is to compare current prices to some economic measure, such as GDP, inflation, or the money supply.

If current prices are higher than their historical norm relative to the economic measure in question, then the stock market is at a competitive disadvantage on a valuation basis, and we should temper our future return expectations.

To illustrate, we can look at the S&P 500 index relative to the M2 money supply, which is a broad measure of the money supply in the United States. 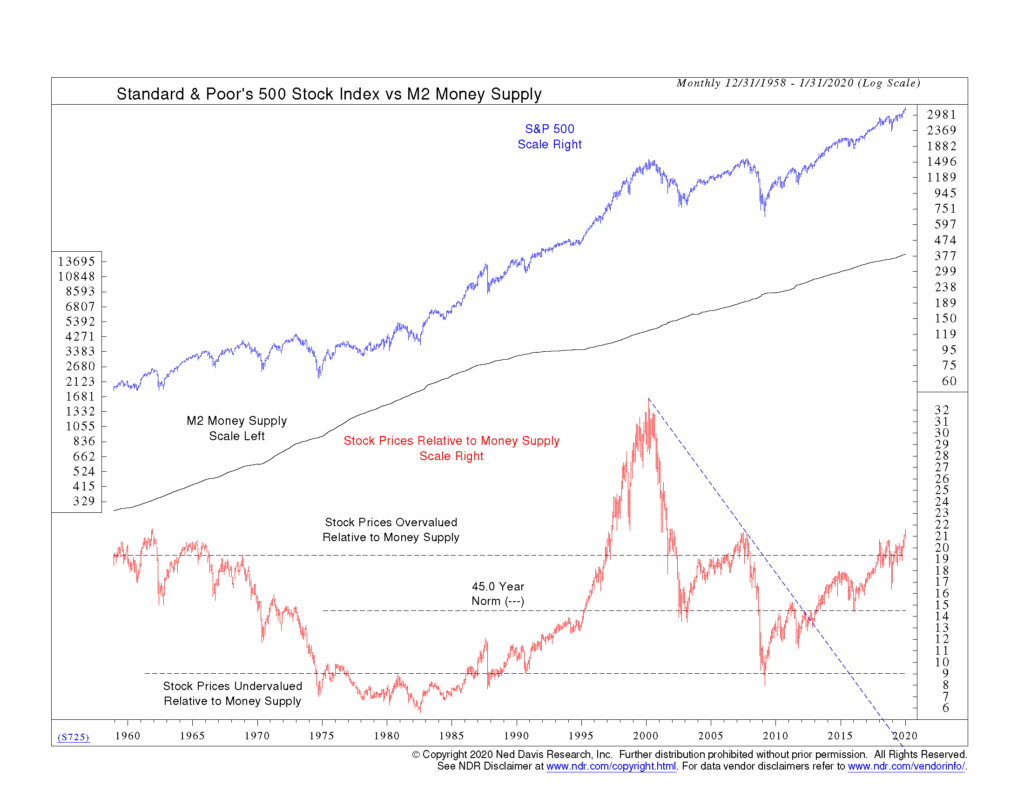 Right now, the measure is well above its 45-year historical norm, meaning stocks are overvalued in relation to the money supply.

Although it still has a long way to go before it reaches the record high set during the dot-com bubble of the early 2000s, this measure has just begun to exceed its levels from 2008–and it is still rising.

Likewise, when we look at the S&P 500 relative to its five-year average earnings and make an adjustment for the upward trend of the measure over time, stocks still lean to the overvalued side of the ledger. 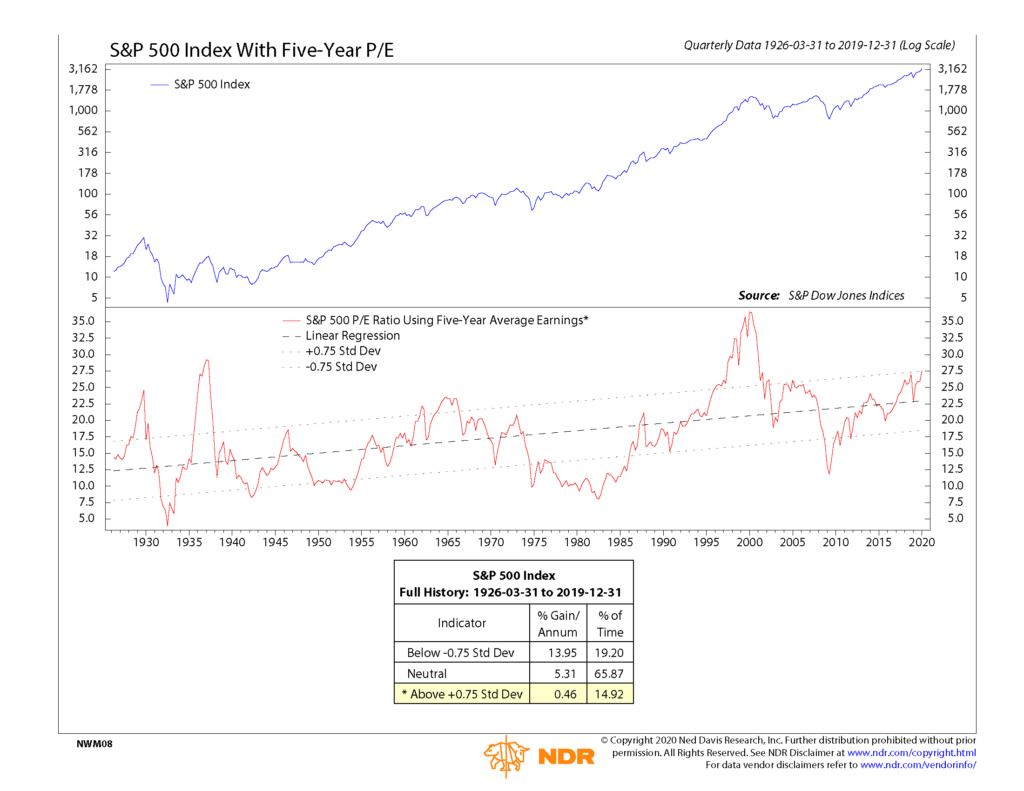 It is hard to justify overly-optimistic long-run return expectations for stocks when they are so highly valued relative to fundamental measures like the money supply and earnings.

Yields to the Rescue – With that said, however, there is another side of the story that makes stocks look a little better on the valuation front.

If we flip the price-to-earnings ratio of the S&P 500, we get what is called an earnings yield. It essentially tells us the percentage of how much a company earned on a per-share basis over the past year. The higher the earnings yield, the more undervalued the stock market.

However, if interest rates are also high, it makes the earnings yield on stocks less appealing on a relative basis. Therefore, we like to compare the two to determine just how attractive stock prices are at current levels.

Right now, the earnings yield of the S&P 500 is about 4.2 percent. A combination of various interest rates gives a current reading of about 2.2 percent. 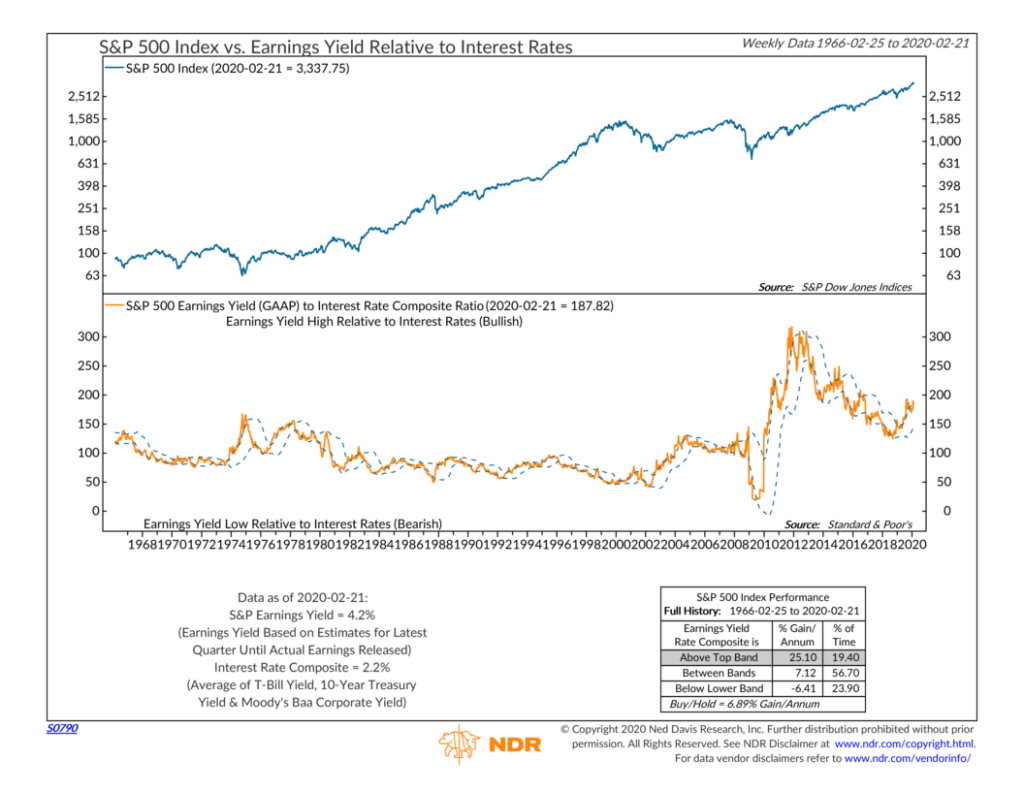 The takeaway: stocks can still be an attractive investment when interest rates are low in comparison.